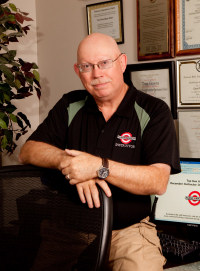 The past few years have seen an incredible increase in the number of new gun owners in the United States. According to the FBI, in 2013 alone there were 21,093,273 background checks on new gun sales. Of course, some percentage of these is people who already own guns. However, millions and millions of these were purchases by first-time gun owners.  Multiple surveys have shown that the most commonly reported answer for why these new purchasers were buying a gun was “self-defense.”

All of this means that there are now tens of millions of new gun owners who want to be able to protect themselves and their families against violent crime and other threats. Many of these new gun owners have had no prior exposure to firearms other than watching television and movies. This means that there is now a huge and growing demand for what we might call “grassroots level,” or introductory, firearms training for these new gun owners. Since their stated use for buying the gun is self-defense, this initial training needs to go beyond just familiarization and basic safety training. They actually need training geared toward defensive use of the firearm, not just safety or recreational use. In addition to mechanical training and basic defensive shooting skills, these new gun owners must be made aware of both their rights and responsibilities under the law. Undertaking to defend oneself with the firearm without understanding all of the legal ramifications is a recipe for disaster. Making this sort of training available on such a wide scale is going to require a whole new generation of people qualified to give basic instruction in personal self-defense with firearms.

What these new gun owners need is an opportunity to locally attend quality training in a one day format at an affordable cost for the average new gun owner. This is precisely what the new Second Amendment Firearms Training & Education Association (SAFTEA) is all about. The SAFTEA courses are geared specifically toward the defensive use of the firearm. The training, then, is tailored specifically to that purpose and the instructors have been thoroughly trained in both the mechanical aspects of shooting as well as the legal and tactical realities of using firearms in self-defense. The SAFTEA training curriculum includes entry-level offerings followed by secondary courses that build on the foundation laid previously. By offering these in low-cost one-day format, students can attend one course and acquire the basic skills for proper manipulation and safe use of their firearm, along with some introduction to mental conditioning, legal issues, and other non-shooting aspects of self-defense. Later, they can return for the second level course and learn new skills built upon the solid foundation gained earlier. This also allows the student to spread the cost of his training and ammunition over a period of time. After taking the first class at a minimal investment, the student can attend the second level when they have the time and money to do so. This multi-level training will be available for handgun, shotgun, carbine, and a women-only version of the handgun courses. There is a separate instructor training program for instructors who want to be part of this grassroots training initiative.

I am proud to be involved with the SAFTEA to help develop these training programs. I see this as a very worthwhile and important project and one that will only grow in importance as millions of new gun owners are added to the rolls.